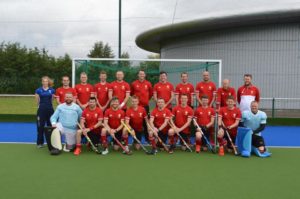 🏑 I started playing hockey when I was 17, playing for local club Shefford and Sandy. Working my way up from the fourth team, honing my skills and making my way to the first team within three years! Enjoying the game, I decided to take my level one coaching course and started helping out with the junior section within the Hockey club.

🏑 In my mid 20’s I wanted to push myself a little more and joined Cambridge City Hockey Club. Working hard I managed to push myself into the first team within a year (something I could have never ever imagined) I played in the East Prem A league for four years and helped the team get into the National League, something Cambridge City had never achieved. I then was vice captain for the first team for the first year that we played in National League.

🏑 I then moved onto Bedford for a year and started to coach the youth section back at Shefford and Sandy Hockey Club using my experience I had gained.
I represented Bedfordshire at County level.
After a year at Bedford I came back to my home club and helped drive the junior section with the help of a dedicated team and the junior section now thrives – bringing in new kids and punching well above it’s weight and feeding into our adult teams.

🏑 I also worked as part of the coaching team in the mens section helping us to 3 promotions in four years, now playing in the East Prem B (the highest the club has played at)